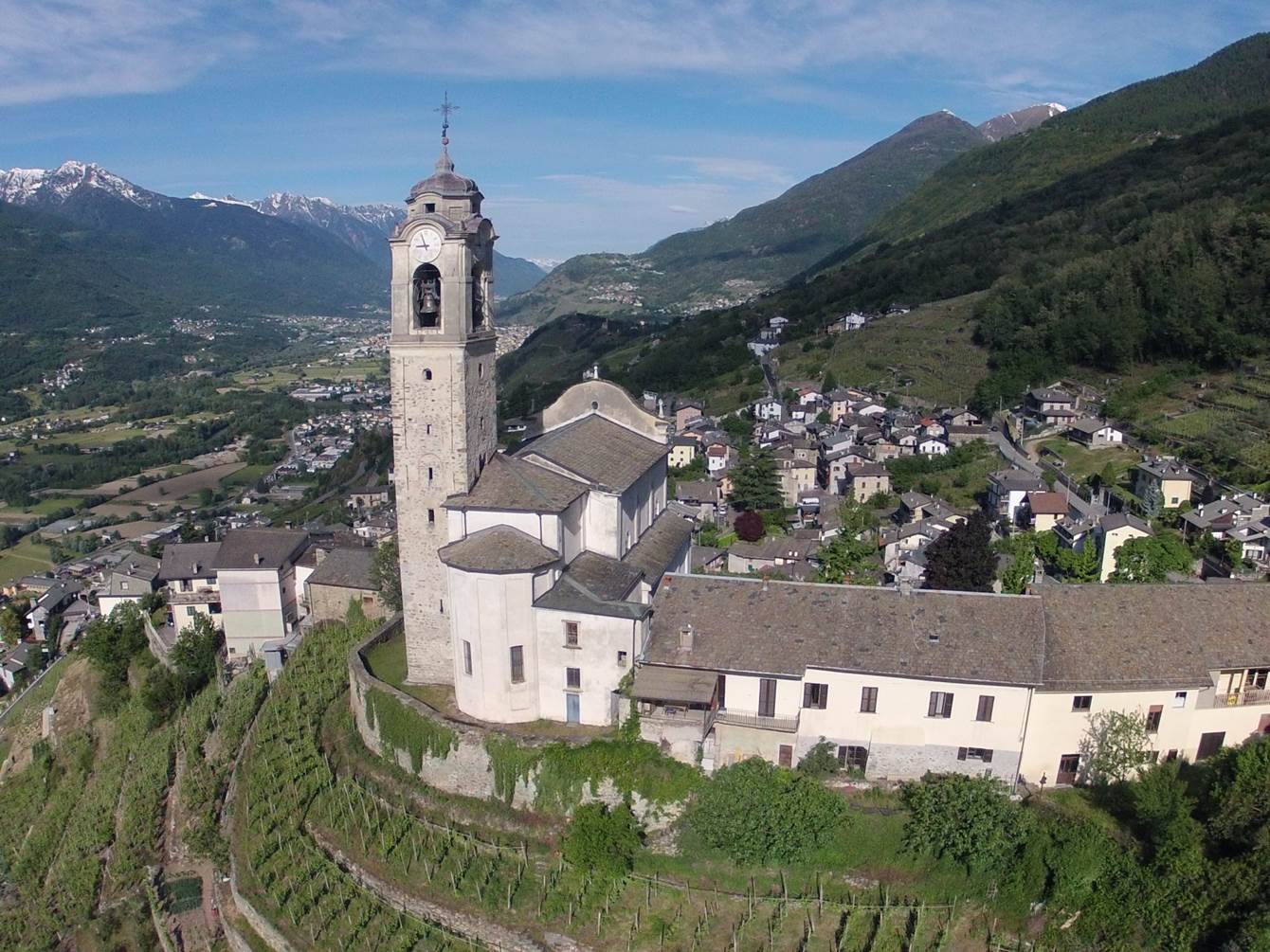 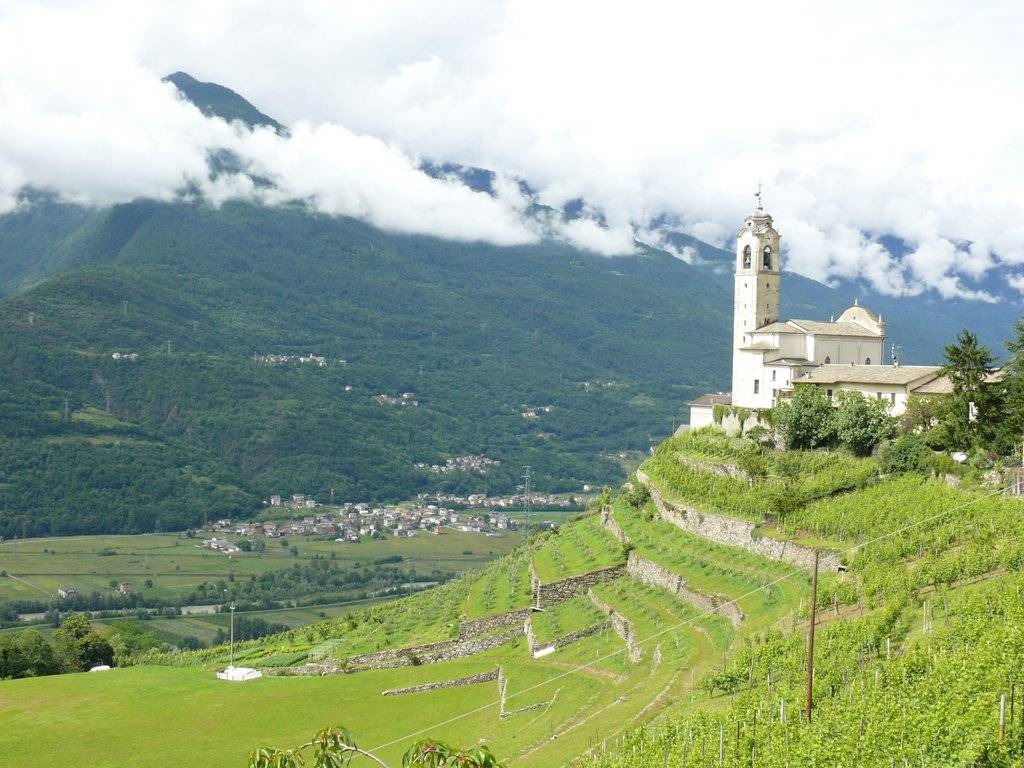 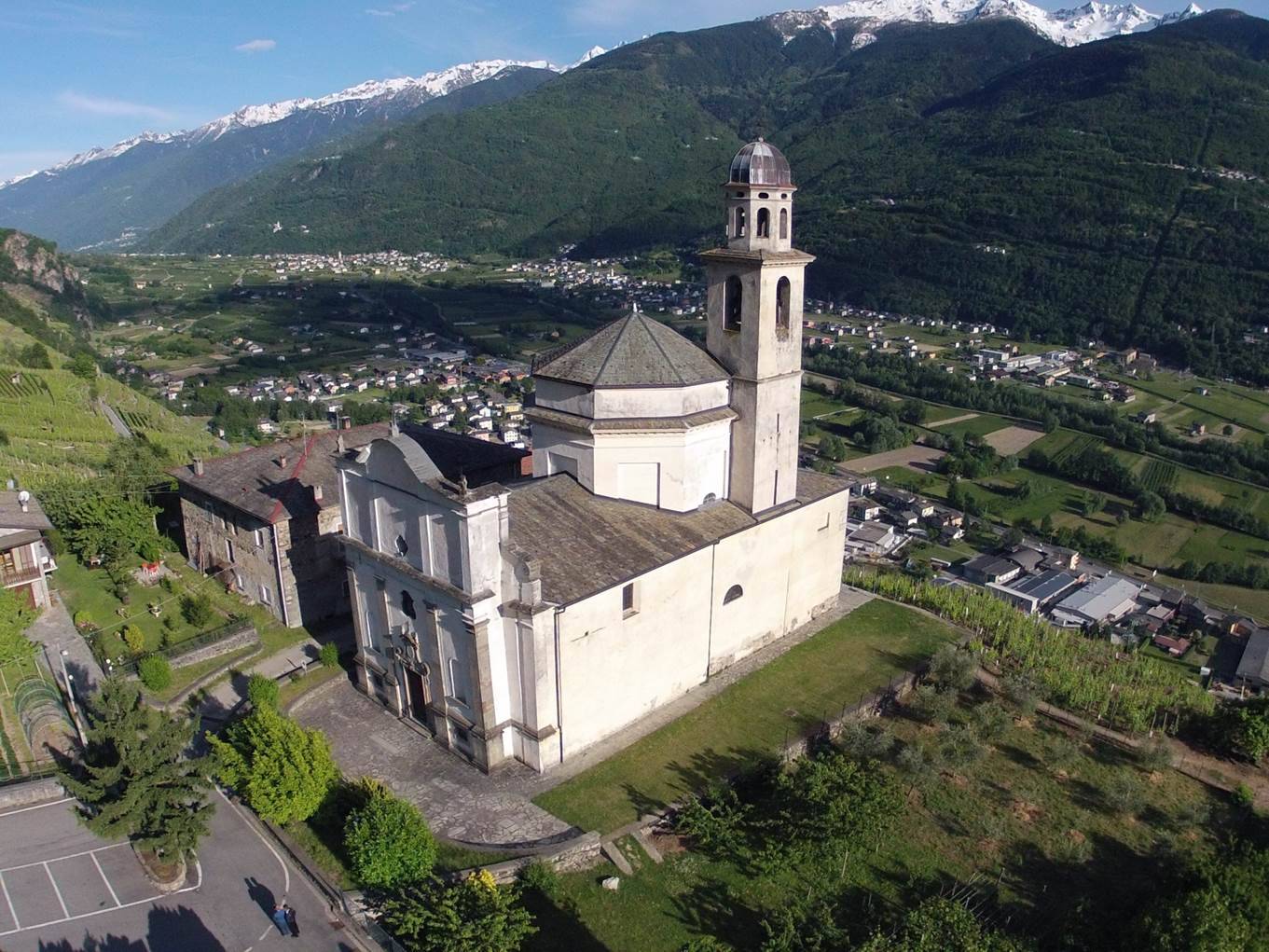 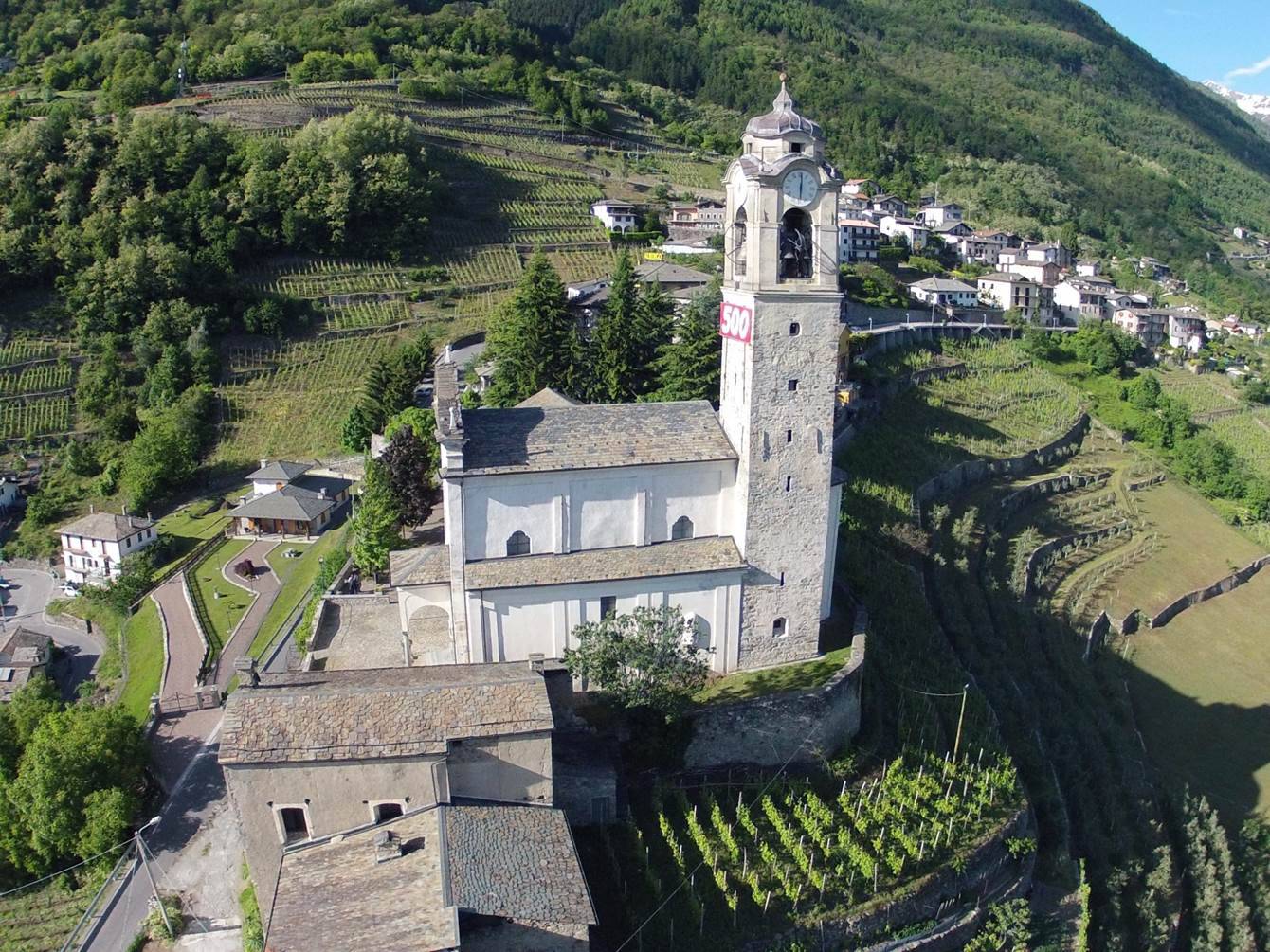 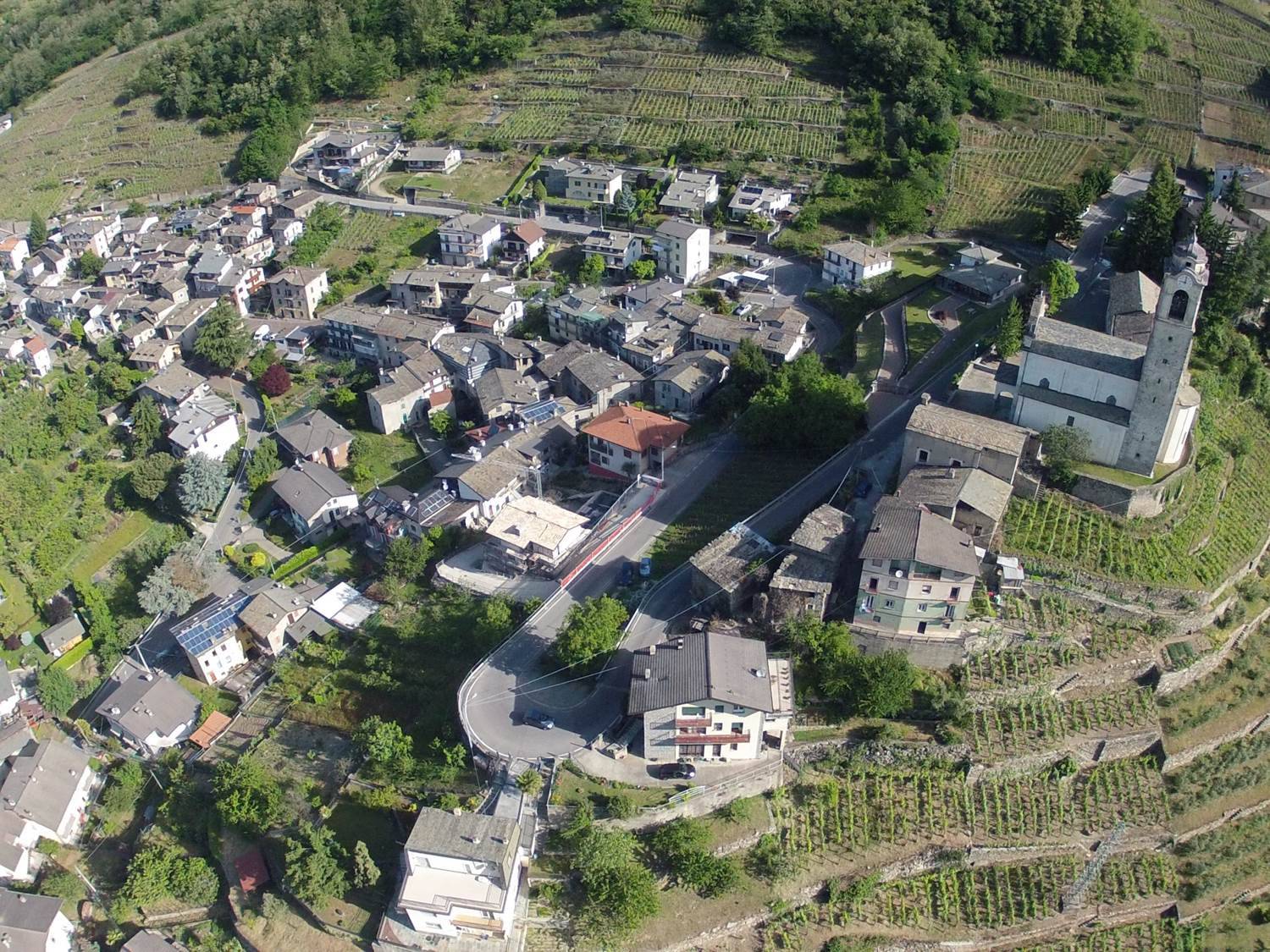 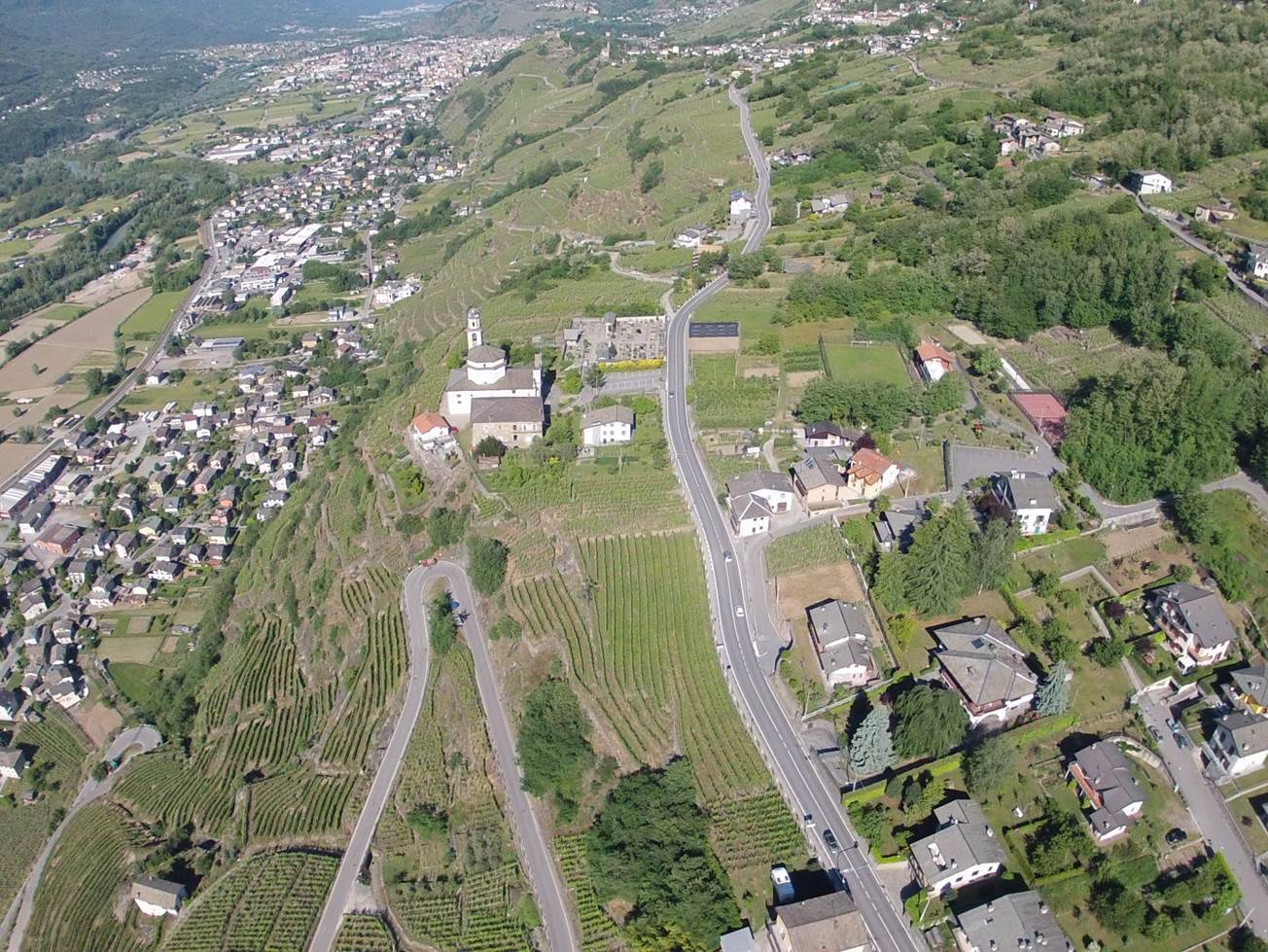 In the heart of "Inferno"

Poggiridenti (literally “smiling hills”) rises in the middle of Valtellina. This nice, little village is located  at the doors of Sondrio in a privileged position on the Raethian side of Alps. It enjoys a mild climate thanks to the breeze from Lake Como, covered-up from the cold winds thanks to the Alps and to the total south exposure. You can admire an amazing view of typical mountain landscape mixed with mediterranean environment.

Poggiridenti’s old town is on top of the hill, connected to the new area by the Circuito dell’Inferno (Hell Circuit), a scenic road that runs through the "smiling hills". In this area farmers  grow vines to produce the "INFERNO" (hell), a typical red ruby wine warm and dry tasted,  scented of violet, rose and raspberry.

Here you can find “L’arbulé”, our family vineyard where our excellent wine comes to life. The name "INFERNO" derives from the exposure to the sun of the slope and to the very high temperatures it reaches during summer.

Cycling or walking along Sentiero Valtellina, a cycle path that connects Colico to Bormio along a 114 km route through the valley, following river Adda in a magnificent setting. Along the way there are numerous equipped resting areas.

Airfield 8 km from the farm, enabled for direct air connection between Province of Sondrio and major Italian and European cities.

We are in the middle of Valtellina, an ideal base for fantastic excursions to discover our mountains, from the nearby Valmalenco, to Val di Mello and other characteristic minor valleys perpendicular to the Valtellina.

Bernina Montain’s red little train is one of the highest railways in the world, a true spectacle cut off in the Alps. This exciting train route leaves from Tirano, terminal station of the FS line from Milan, and ends in St. Moritz.
The BERNINA EXPRESS rises up to 70% up to an altitude of 2,253 m with a view of the Orteratsch glacier and the Bernina group (it is possible to climb the glacier with the cable car from the "Diavolezza" stop - runs every 20-30 minutes).
The little train became a UNESCO heritage site in 2008.

The farmhouse is located at 25 km from ski resorts of Chiesa in Valmalenco (Palù) and Aprica.
It is an excellent starting point for who is looking for a quiet and reserved place, but still close to the ski lifts.
Convenient also to reach the famous ski resorts of Bormio (50 km) and Livigno (70 km).

The beautiful Lake Como is just at 40km from the farmhouse. Locals also call it Lario.
It is a natural Lombard lake that falls in the territories of the provinces of Como and Lecco, the two chief towns that arise at the southern ends of the two branches.
For its microclimate and its environment it is a Tourist destination favored by visitors from all over the world, studded with prestigious villages and villas.

Just 8 km from the agritourism, surrounded by greenery, there is an 18-hole golf course, pleasing to players of all levels.
It offers a modern cutting path, which alternates very long holes to other significantly shorter, but still challenging because of the many obstacles present.

Livigno is one of the most famous tourist resorts in Lombardy. With over 250 stores registered in the area, it is a large duty-free open-air shopping center at 1,816 meters in the heart of the Alps. It is only 70 km from the agritourism. 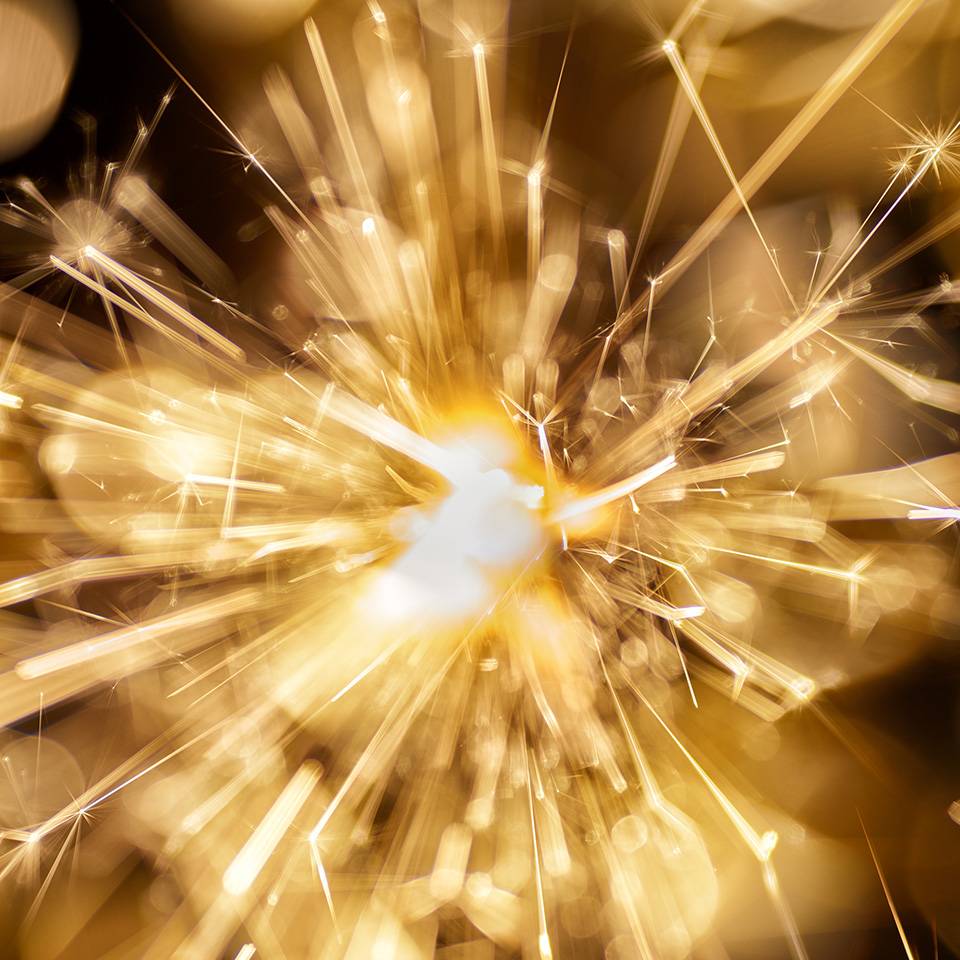 The main events in Sondrio and surroundings during the year:

Kima Trophy: Val Masino flagship event for the skyrunners, a 52 km route which stretches along 7 Alpine passes for a total difference in levelof 8400 m (August) 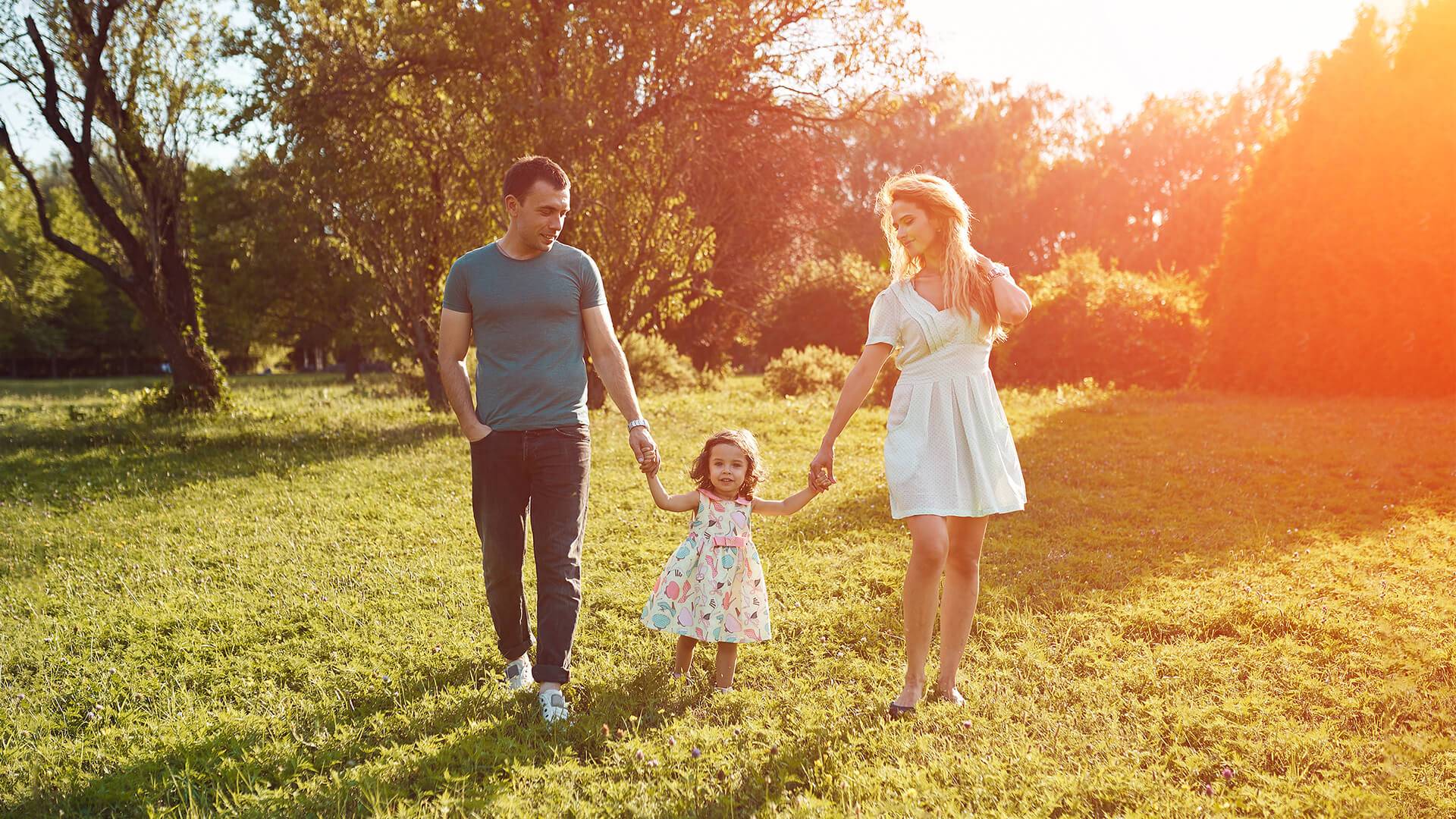 "Le Rocce" carrefour supermarket with a wide range of local food and wine products, at 300 meters

Enter the age of children